BUCHAREST, April 10th, 2014 – On April 10th-11th, the University of Bucharest hosts The Education Fair. After it applied for attendance by following all procedures, Studenti pentru Viata pro-life students association was listed in the event catalogue and allotted a stand. On April 10th, between 18:00 and 19:00, the association intended to present at the fair the second issue of its magazine, Pentru viata (Eng. – For Life) with the cover theme “Adoption, The Noble Choice”.

In the morning of April 10th, we were announced that approval for our participation in the fair had been withdrawn after some other parties put pressure on the university top management. We acknowledged the participation withdrawal because we did not wish to impede an event which is important for the university and the future students. We agreed to stand back despite the organizational efforts we made, and sent the following open letter to the University Principal and the Chairman of the University Senate, presenting our point of view:

Dear Principal, Dear Chairman of the Senate and Members of the University of Bucharest Senate, On April 10th-11th, the University of Bucharest organizes The Education Fair. After applying for participation according to the application procedure, after we have been listed in the event catalogue, our association Studenti pentru Viata was allotted a stand. On April 10th, we were included in the program with a presentation of the second issue of our magazine, Pentru viata (Eng. – For Life), which has the cover theme “Adoption, The Noble Choice”.

On the very morning The Education Fair was due to start, we were announced that approval for our participation had been withdrawn following some external pressure on the university top management. We acknowledged the participation withdrawal because we did not wish to impede an event which is important for the university and the future students. We agreed to stand back despite the organizational efforts we had made. Nevertheless, we consider it is our duty to present you with our point of view regarding this chain of events and that is why we are sending you this open letter.

It grieves us to find out withdrawal of participation approval came following to subterranean pressures manifested on private groups on Facebook, in meetings and reaching out to the University top management without ever addressing to us for dialogue. Such a decision is to be naturally made after a debate in which all parties are heard. Our stance is quite clear, we have announced it through our public actions. We value human life since conception and we support women confronted with unwanted pregnancy, activating mainly among students. We also mention that in the association’s status we pronounce ourselves against all forms of violence and discrimination.

We are not at the first event held on the premises of the University of Bucharest, where, only a few weeks before (March 19th-25th), we held roundtables and conferences attended by students and members of the academic community. Under these circumstances, the University’s decision puzzled us. We are fearfully wondering whether we are on the verge of a new form of totalitarianism, where freedom of opinion is forbidden. The 20th century demonstrated us how even totally opposite ideologies can become totalitarian: Nazism and Communism waged war to each other, but also caused terrible wounds to society. Both the Nazi and the Communist regime affected the universities’ educational activity. Is this what the authors of these pressures wish for? We hope not.

As long as we have never breached the University Charter and the Romanian law, why are we being punished without being given the opportunity to defend ourselves? Any Romanian citizen can have different opinions on the most diverse subjects – even if these opinions do not enjoy general consensus. Every Romanian can have his or her own sympathies and antipathies. So can any participant in the educational process taking place at the University of Bucharest. But it’s the duty of the University management to not let itself be influenced by pressure and ensure that this space remains one of dialogue, of free exchange of ideas and within the limits of an argumentative debate. Today we have been witnesses to stopping of a free discussion before it ever began.

We consider withdrawal of participation approval for our association profoundly undemocratic. It conspicuously looks like all political purifications which affected the University of Bucharest: the ones in the 1940s (under the extreme right regime), the ones in the 1950s (during the onset of the communist regime) and the ones in the 1980s (during Ceausescu’s regime, at the National School of Psychology). Why aren’t we allowed to activate freely if we do it according to University rules?

It is alarming this takes place at Romania’s most important university institution, which trains the future leaders of our country, who will represent us within the EU and globally. We hope the University will not train a generation of intellectuals who forget their main duty is to debate and foster dialogue in order to find optimal solutions.

The human-life themes are subject to open debate in all the Western countries. One speaks about them in academic debates, in civil campaigns and the mass media grant them a lot of visibility. Why it cannot be the same in Romania? Students and researchers are the very persons who should take into account all arguments and use their discernment without resorting to violence or letting themselves intimidated by it, no matter under what guise it is inflicted.

The accusations brought to us are based mainly on the interpretation of a report by Mrs. Adriana Stere for ProTv channel and an article written by Lecturer Oana Baluta and published on Adevarul newspaper’s blogging platform. They presented Romania’s March for Life 2014 – “Adoption, the Noble Choice”, which was organized by Studenti pentru Viata. Unfortunately, both the author of the tv report and the blog writer abusively used the credibility of their platforms to promote a manipulated view about our association.

During the March for Life, I repeatedly told Mrs. Adriana Stere that our organization has never promoted the idea of restraining access to abortion in Romania. Yet, by a seemingly prefabricated scenario, she took a quote from Mrs. Oana Baluta, who declared the March for Life organizer promoted exactly that. This gave the tv journalist a pretext to invent an non-existing conflict between pro-abortion and anti-abortion supporters, which she claimed it justified the presence of the gendarmes! That is why we feel obliged to respond to the ProTv report and to Lecturer Oana Baluta’s article, which are based on a circular logic, obviously distorting truth.

Dear Principal, Dear Chairman of the Senate and Members of the University of Bucharest Senate,

We kindly ask you to consider the above. We can also provide on request more information on the intentions and the stance taken by Studenti pentru Viata association.

Hoping the University of Bucharest will remain a space open to freedom of opinion and dialogue,

We wish to thank you for your attention. 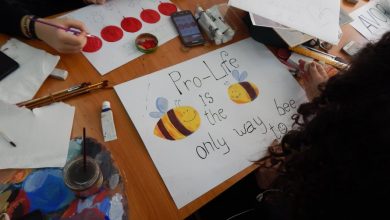 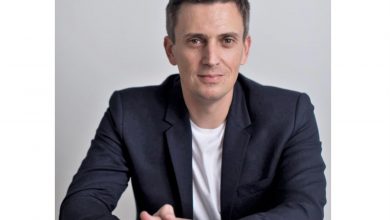